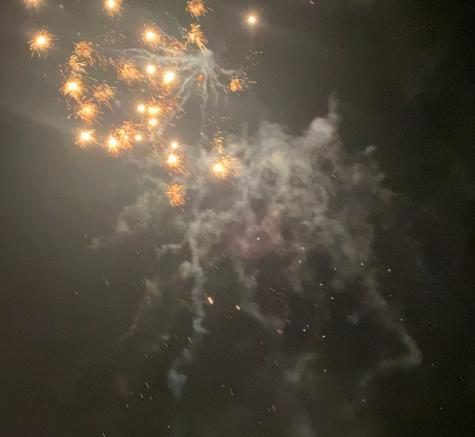 These 5 days of diwali are filled to the brim with lights, fireworks and food and is a time families from around the world come together to celebrate one of the most important hindu festivals of the year- a festival commemorating hope, the victory of good over evil, light over darkness and the idea of community.

The origins of the festival  actually dates back to 5064 BC, the year lord Ram and Sita returned to their kingdom, Ayodhya, after a battle with the notorious demon Ravan. The tale states that since they were returning in the evening, the kingdom all lit clay lamps or “ diyas” and put them outside their homes, to light a path to navigate them back into the safety of their home. This tale originates in North India while in the south, they believe that diwali marks the day Lord Krishna slayed the demon Narkasur.

Diwali not only marks a day of great importance for Hindu’s but rather for many other religions as well. In Jainism, Diwali marks the nirvana(liberation) of Mahavira’s soul who was the last and 24th Tirthtankara of the cosmic age. It was said that Jains light lamps on this day to remember him as well. In addition to hindus and jains, Sikhism also gives importance to Diwali as it was the day that Guru Hargobind celebrated victory over the imprisonment he faced by the Emperor

Jahangir. Many other religions such  as a small community of buddhists  celebrate Diwali. Whether it be based around faith or simply culture, Diwali as you can see, marks a day of celebration in everybody’s calendar.

For Hindus, Diwali is a time of year they welcome Lakshmi, the goddess of wealth and good fortune into their homes and by lighting diyas it represents they are welcoming the devi into their homes for blessings and good fortune. Diwali is also the Hindu New year and so Hindus practise the traditions of cleaning their homes, wearing new clothing, worshipping their precious objects such as gold. They decorate their houses with flowers and lights to mark the auspicious occasion and in some rural parts of India, they even follow the traditions of leaving their doors open throughout the day and night, as no doors should be closed to God.

This year it was even more of a reason to celebrate as the first British asian prime minister, Rishi Sunak was appointed on the day of diwali. Rishi sunak, a proud Hindu, was seen lighting diyas outside of 10 downing street that day as well.

Diwali is a celebration that is celebrated by many religions with the common belief that ultimately light always emerges victorious over darkness.

Above is a picture of Smarts Lane, Loughton c1905. This Is Local London | News…

This Is Local London | News…

Errors made during Lucas Whitehouse’s birth left him non-verbal and needing to communicate using signs and a device. This Is Local London | News…

A police officer died in a motorbike accident after his wheel clipped the divider of an “unfinished” cycle lane in Waltham Forest, an inquest found. This Is Local London | News…