A black man was subjected to a torrent of racial abuse in Bromley by a white woman who followed him onto a bus.

Nicholas Garande, 29, captured the shocking incident on video, in which a stranger began by calling him the N-word at a bus stop on Manor Hill last Thursday, at around 7.30pm.

She then pursued him onto the upper deck of a bus he boarded to escape, where she continued to incoherently rant, accusing him of being a drug dealer.

Mr Garande, an assistant manager at Foot Asylum, said: “I was walking to the bus stop and saw a woman there, paying no notice to her.

“As I approached, I saw her arguing with someone on a mobility scooter. 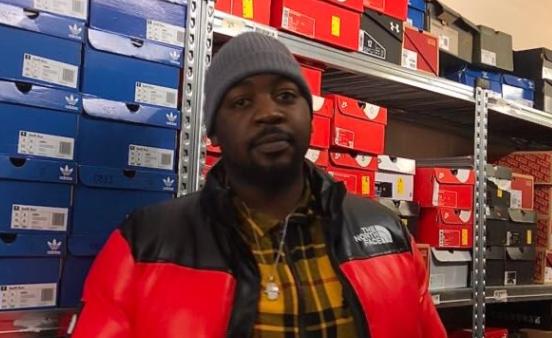 “He drove by and said, ‘sorry you had to witness that’.

“She walked up and said, ‘don’t talk to him, don’t talk to black people’, but then started trying to explain to me what happened.

“I asked her to leave me alone and then the abuse started – it was a huge shock.

“She followed me onto the bus, right behind me.

“I sat upstairs, somewhere I thought she would leave me alone.

“She then sat behind me just coming out with the most racist things I’d heard.”

Mr Garande was travelling home from nearby Halfords, which he visited to buy bike parts.

The woman, who appears heavily intoxicated, ultimately remained on the bus after he got off in central Bromley. 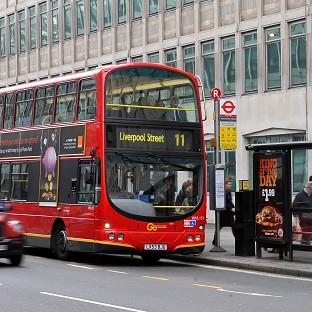 Mr Garande said he was “upset” no-one on either deck of the bus intervened or offered support.

“What happened to me is just an example of normalised racism faced by black people on a frequent basis,” he added.

“There’s no place for it in the 21st century and racists like this woman must be exposed and brought to light so she can face the consequences.

“Hopefully this can change the mindset of the minority of backward people who think this behaviour is acceptable.”

“The UK is institutionally racist and the people who keep denying this fact are part of the problem.

“Education is key and we need to live in a more peaceful society & start being more considerate & mindful.

“This lady does not represent all British people, but a minority number of people do hold the same views and they intend to make life harder for people of colour who already have enough obstacles in their path.

“This is why I agree with a lot that Black Lives Matter is achieving and educating people about.

“I myself do not speak on behalf of all black people but this is a shared experience among many in my community.

“We need a shift in the narrative from being defensive & protecting racism to learning from this experience and becoming a better society.”

Mr Garande says the incident was reported to the police by someone who viewed the video. 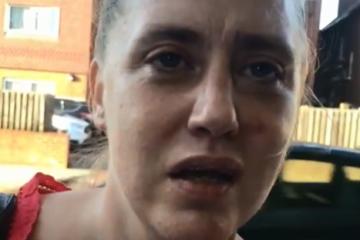 London’s New Year fireworks have been cancelled this year, after Sadiq Khan confirmed that the budget has been axed. This Is Local London | News …

Rihanna’s stunning London mansion has gone on sale for £32m. This Is Local London | News …

A plume of smoke was still rising this morning, after a large fire at a warehouse in Crayford on Monday night (September 14). This Is Local London | News …

this is local london